Majestic Cruises offers a wide range of excursions off the southern coast of South Africa’s Western Cape. Some of their packages include Tuna and reef fishing, scuba diving, snorkeling, sight-seeing, and sunset cruises. They’re a team of expert skippers with years of experience under their belts. The crew is knowledgable, entertaining, and passionate about helping preserve the eco-system through sustainable fishing practices. Get ready to experience South Africa’s southern coast like never before and join Majestic Cruises for a fun day on the water! 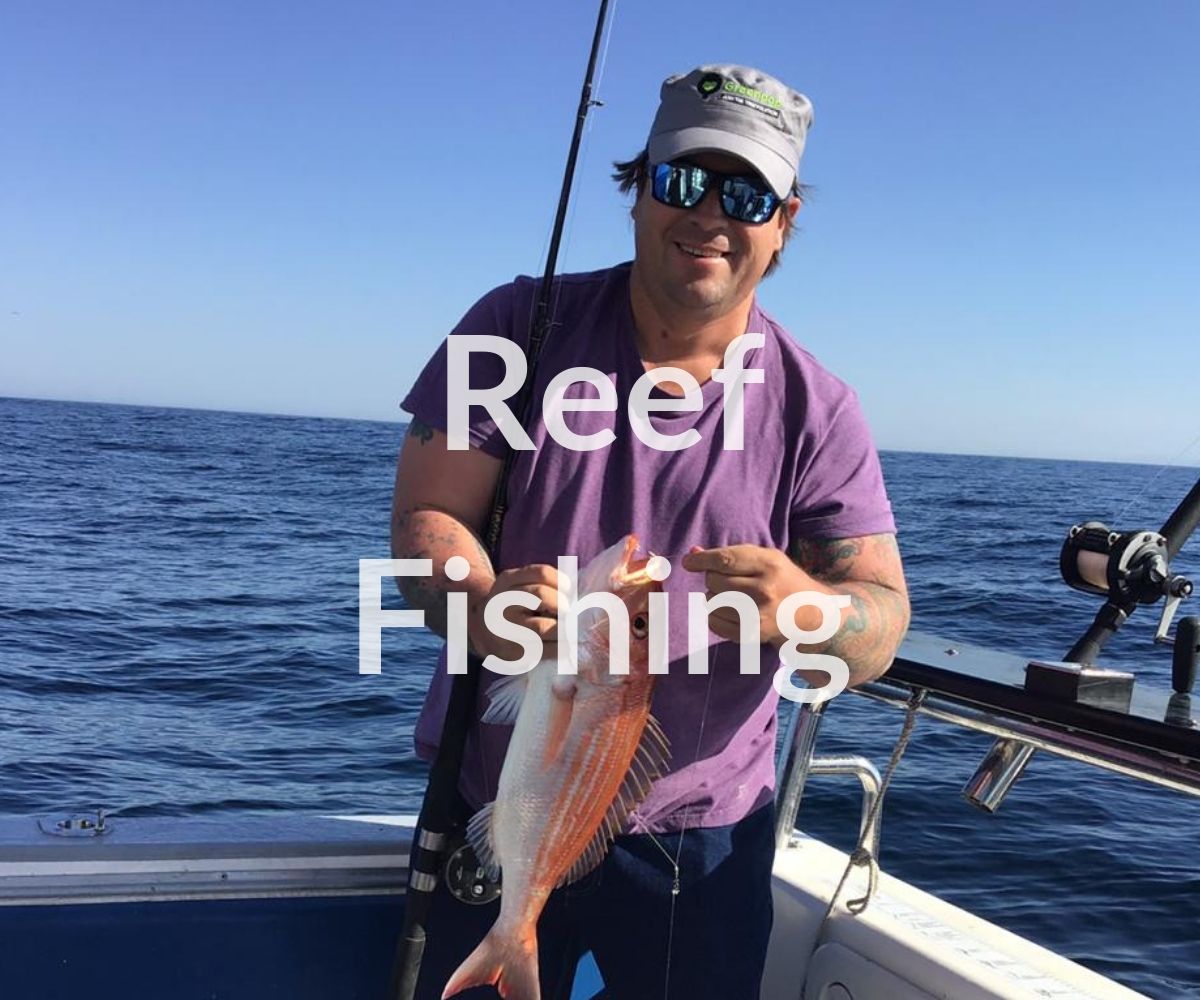 A quick run to the fishing reefs, where different species are to be caught. Our coastline has some of the best reefs and with our highly knowledgable crew advising on what species you can expect. We reularly catch Red Roman, Silver Fish, Hottentot and many more depending on the season. 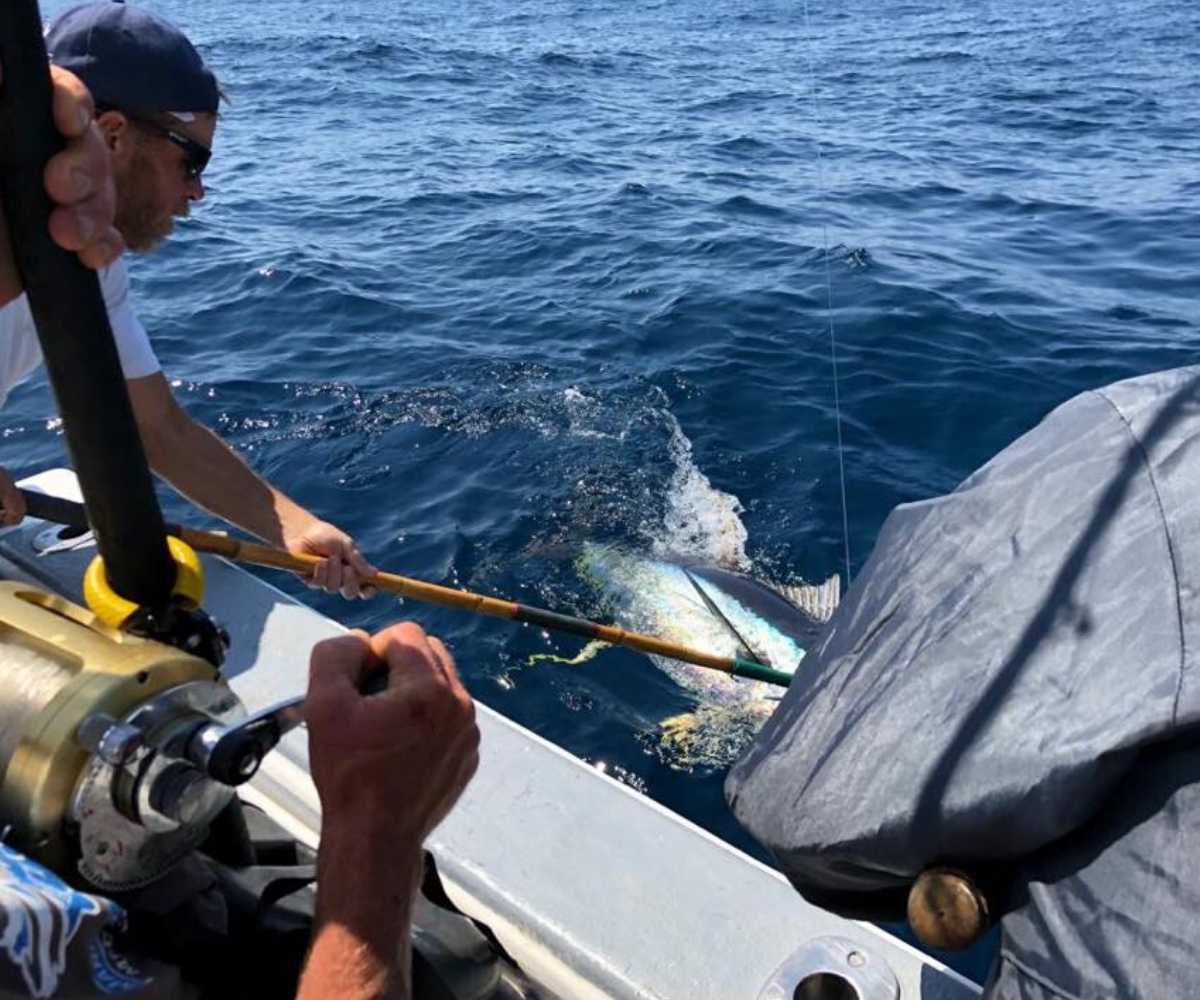 We do a run to palagic waters, around 30 to 50 nautical miles off the coast,  where Yellow Fin Tuna and Big Eyed Tuna can be found. This is an amazing trip out and you can expect to spend the entire day on Majestic. Great for private charters or small groups. 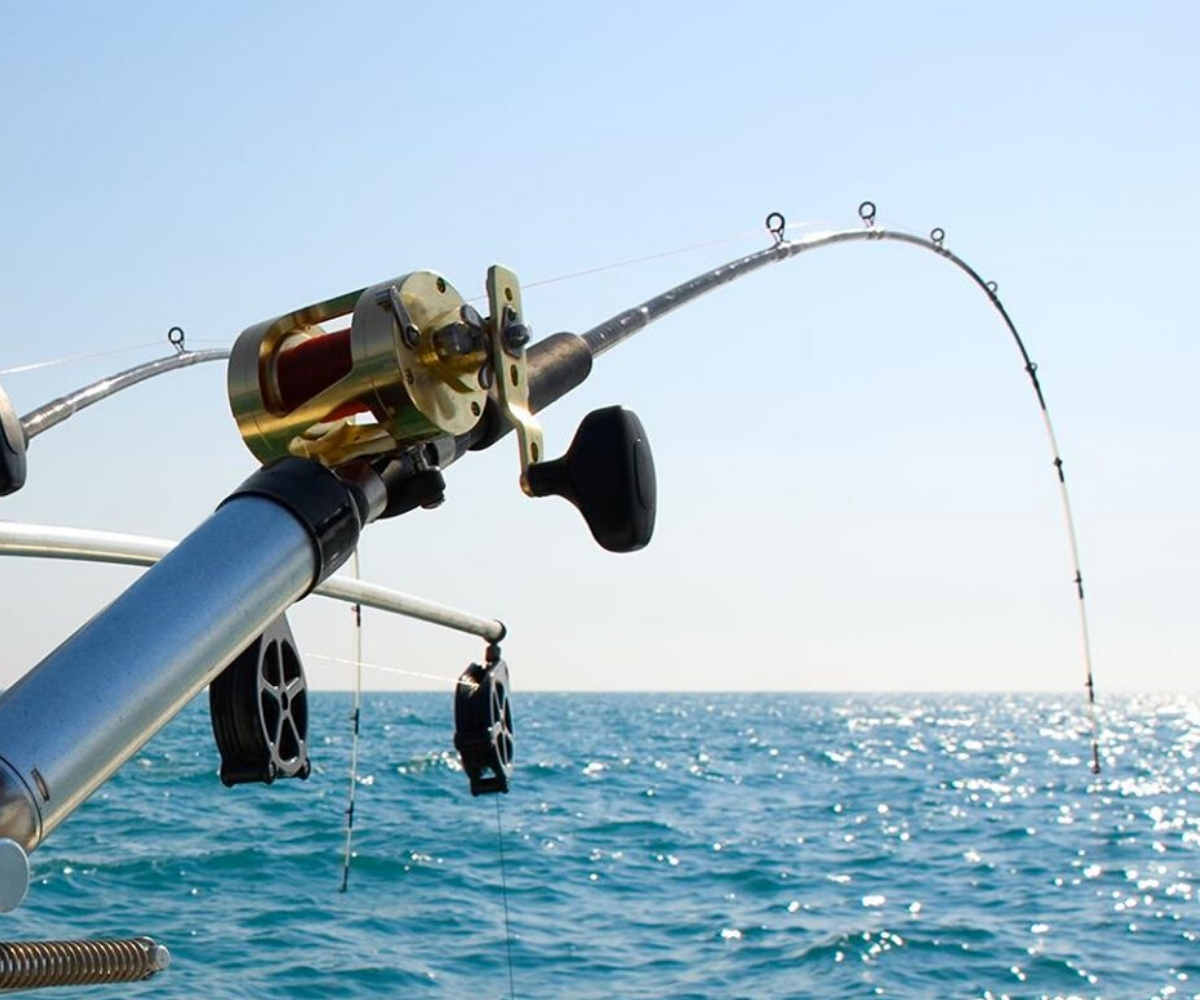 Join us for an exciting trip to the Hanklip fishing grounds just south of False Bay. Here you can expect to catch Skipjack Tuna, Cape Yellowtail & Long fin Tuna. This is great for private charters and small groups. Perhaps you want to have your next business meeting on Majestic? Talk to us. 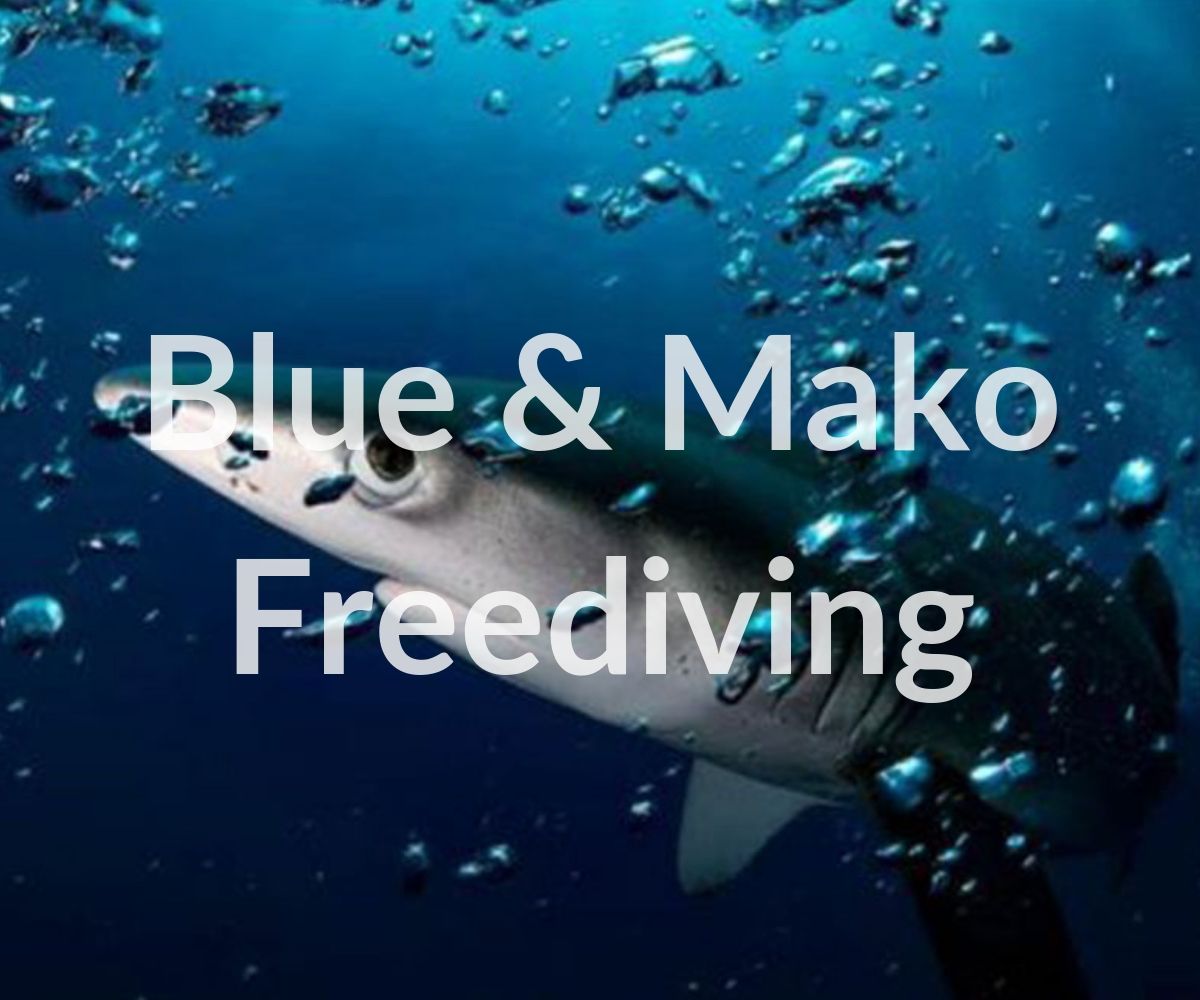 Join Majestic Cruising on an adventure to film and dive with Blue and Mako sharks in the deep blue warm waters 35 to 40 nautical miles off Hermanus. We offer diving with scuba, drifting in the currents and freely swimming with these awesome sharks. 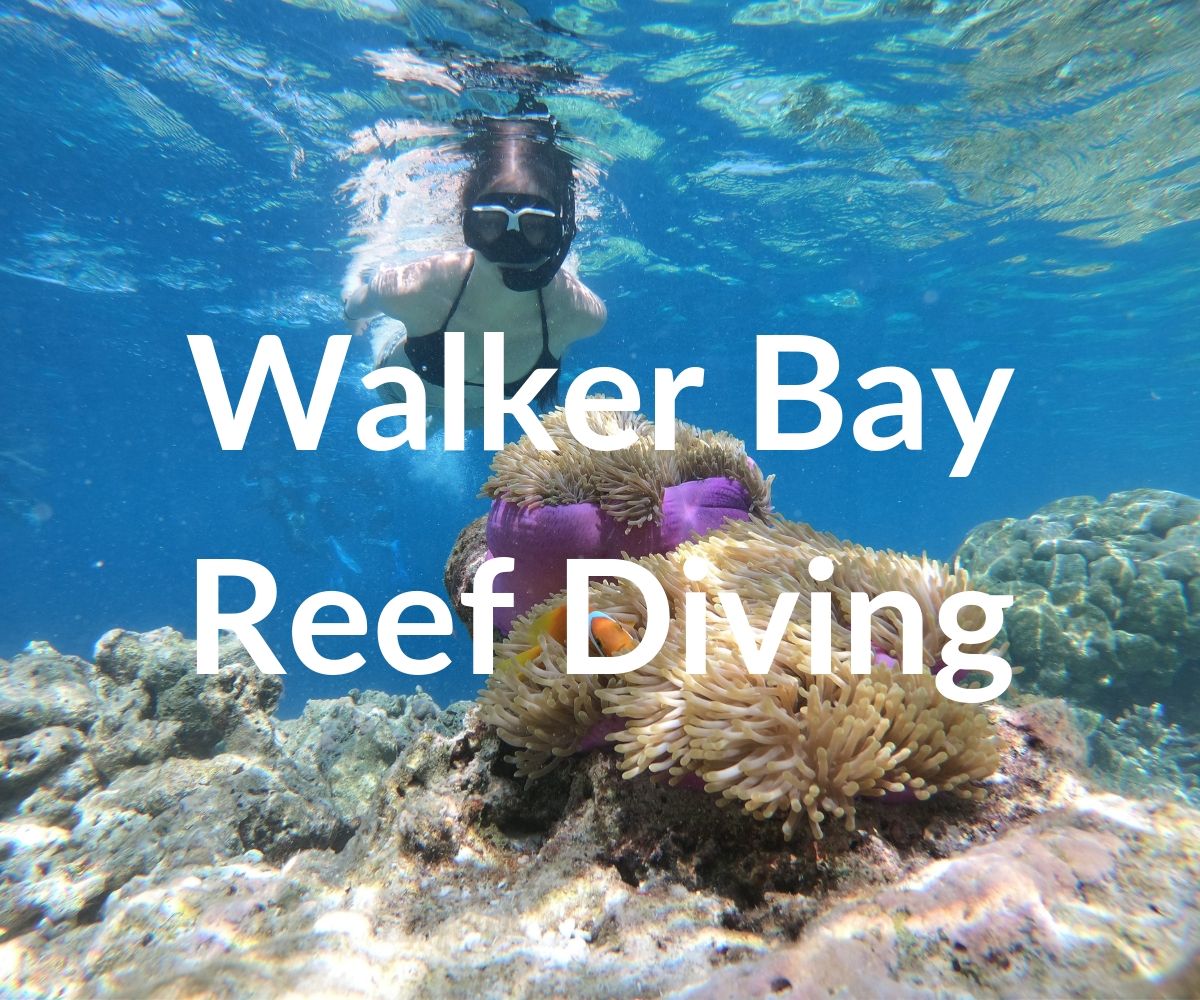 For open water certified divers, join us for some awesome reef diving just outside our harbour. Firstly, we snorkel, free dive or enjoy a scuba dive to around 10 to 15 meters. Next a 9 meter dive in a protected cove, this is a relaxing easy dive. Refreshments are offered on the boat. 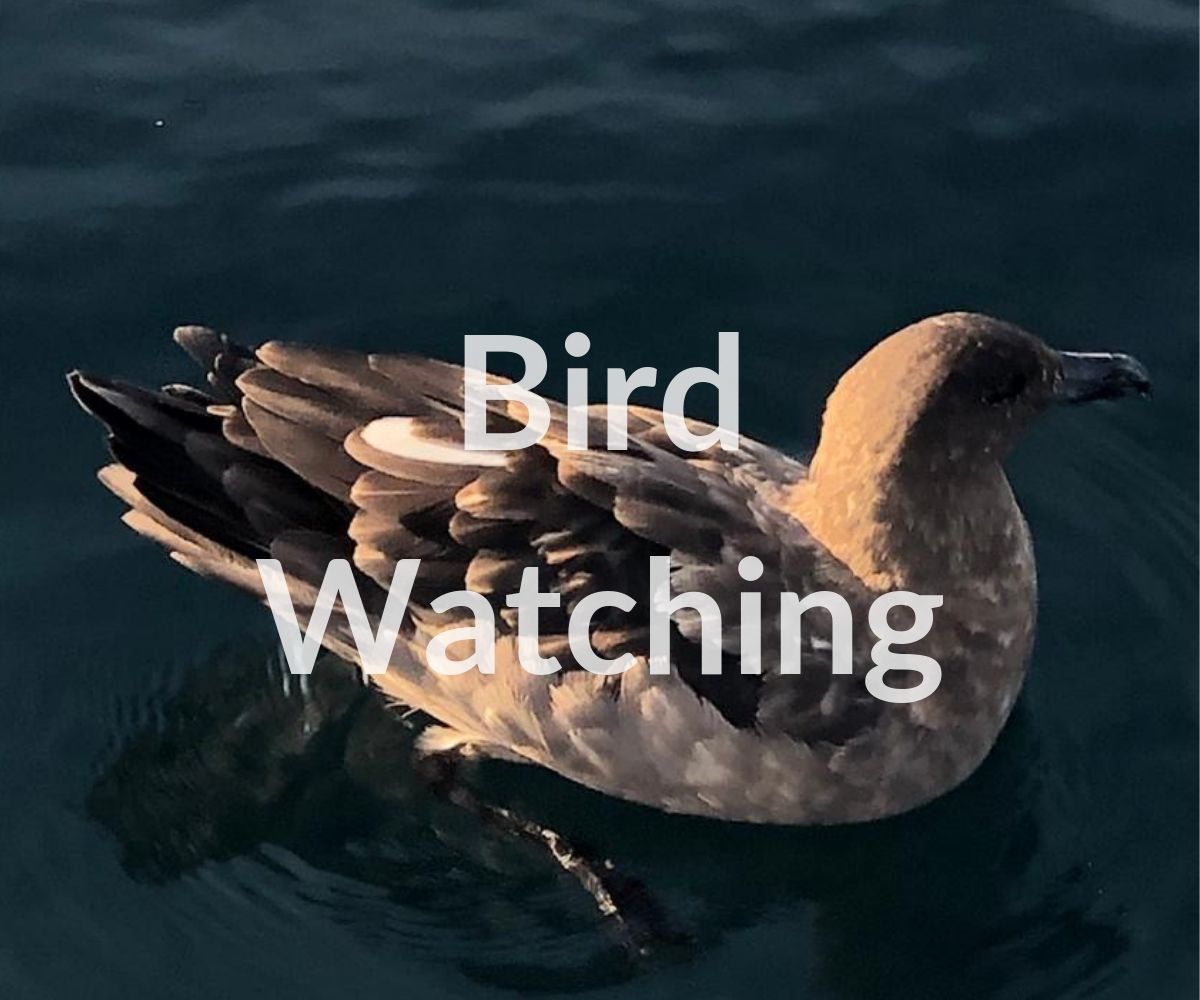 Join us for an incredible birdwatching experience in Hermanus. Our vessel, Majestic, heads off early in the morning to the south to find the trawlers or large schools of fish, this is were we will be able to locate a high concentration of different species of birds. 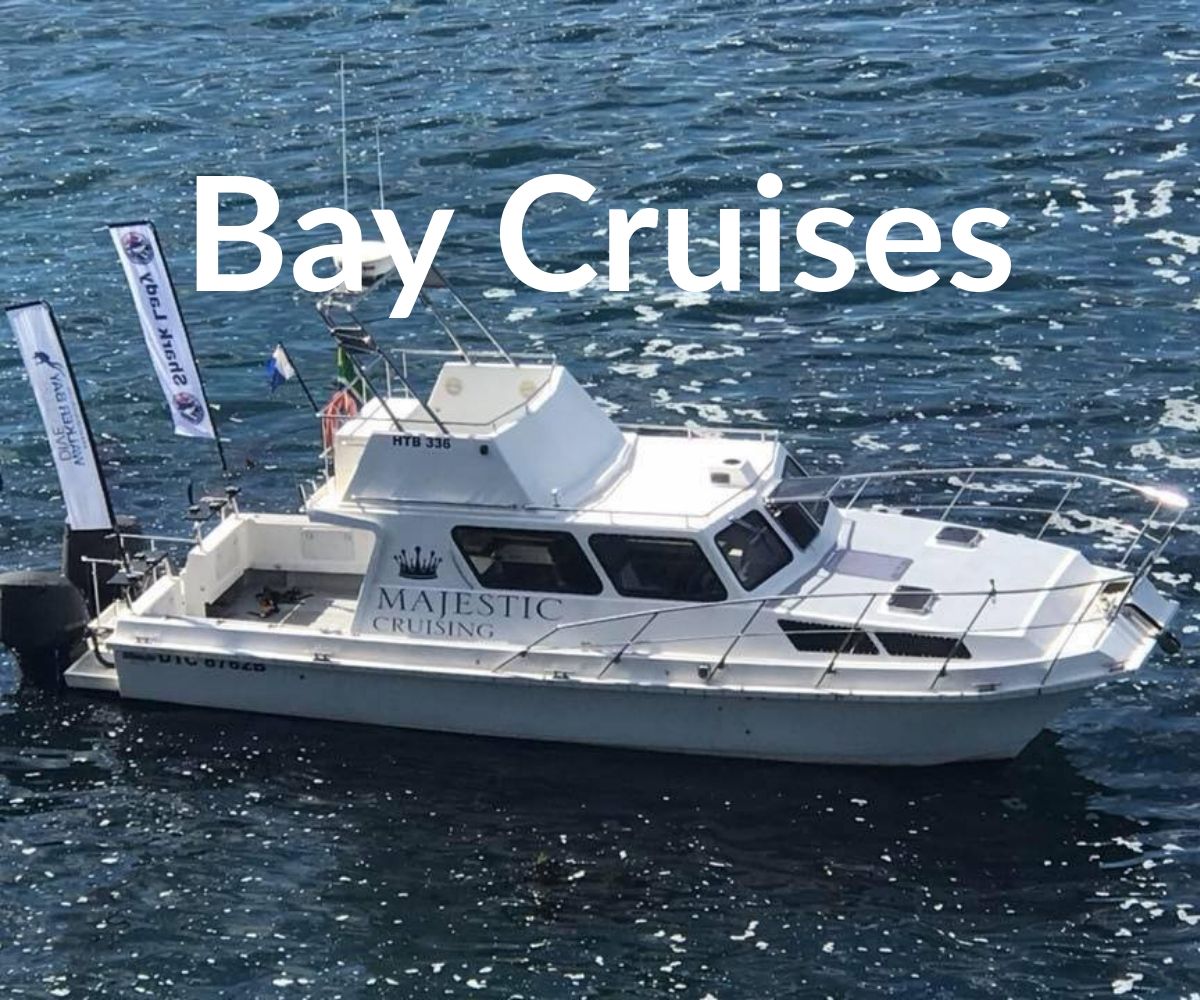 Walker Bay in Hermanus is home to an abundance of marine wild life and is one of the few places where you can witness such an extensive range of marine life. We often encounter pods of Dolphins, Cape Fur Seals and African Penguins  Certain times of the year we also encounter the occasional Orca hunting the Dolphins along the spectacular coastline. Our Bay cruises are fun for the whole family. 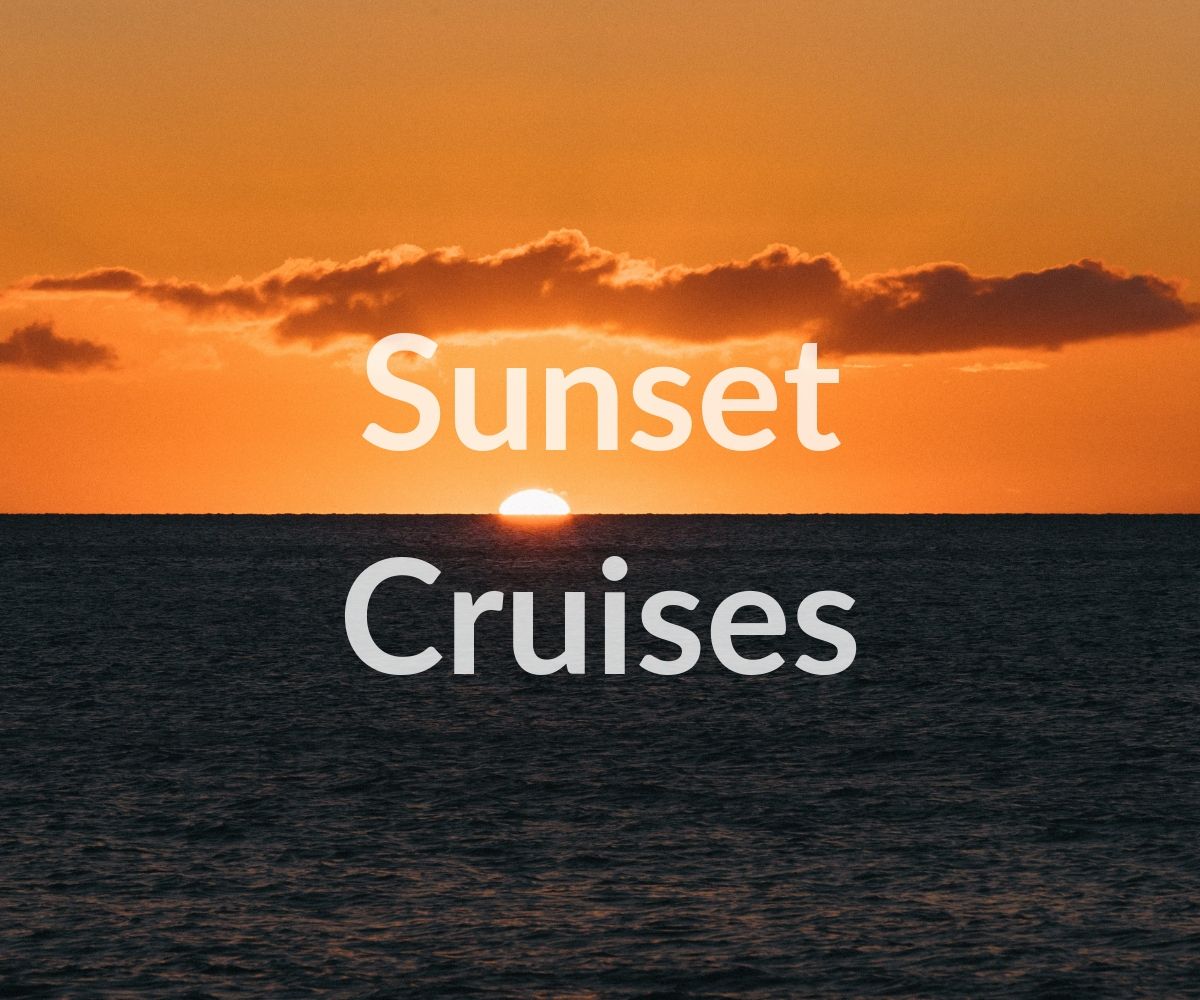 Join us for an exquisite 2 and half hour sunset cruise. You can meet the crew on the quaside for your sunset cruise. Our times of departure depends on the season and sunset times. We will head out and then follow the coastline into the sunset. 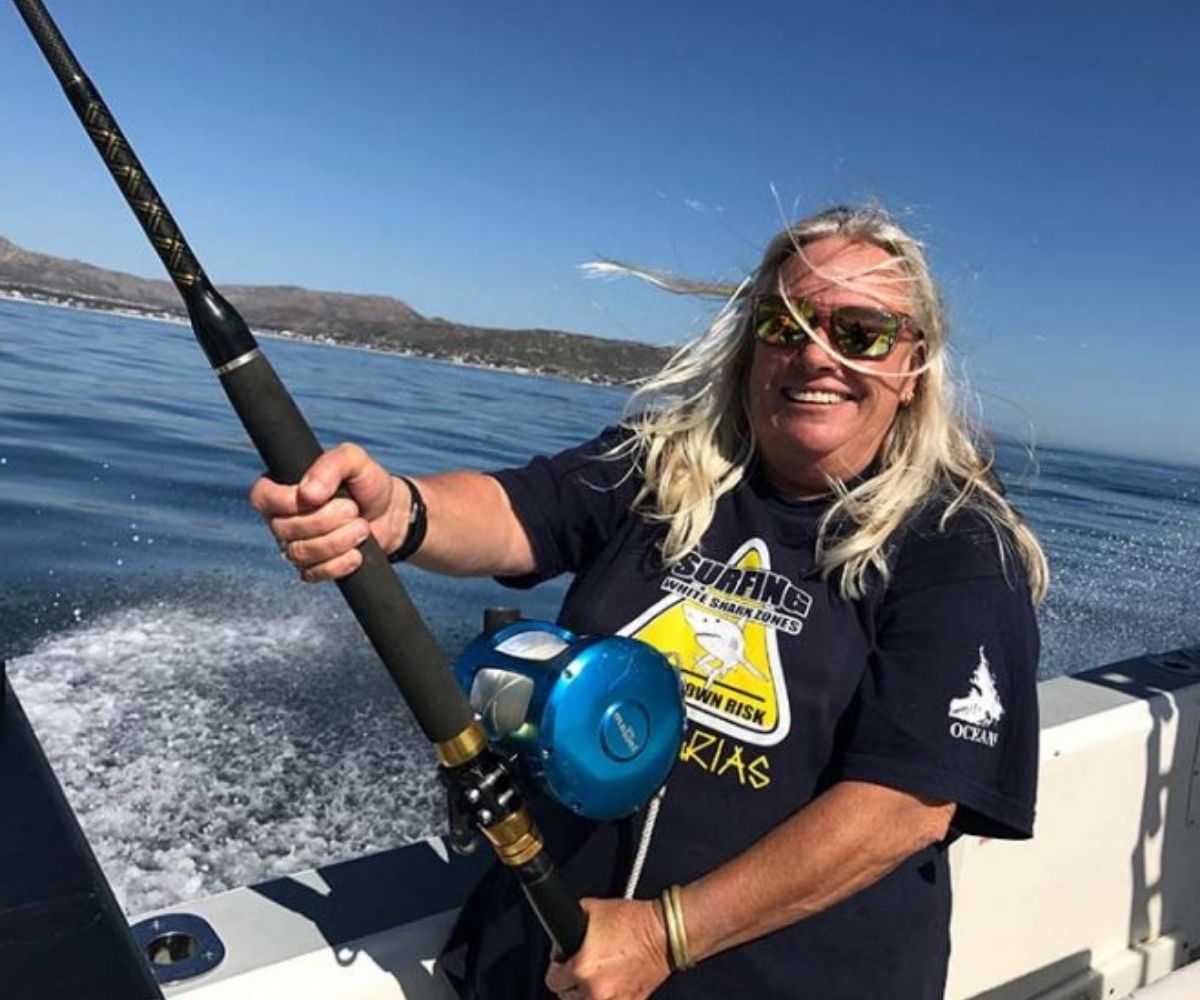 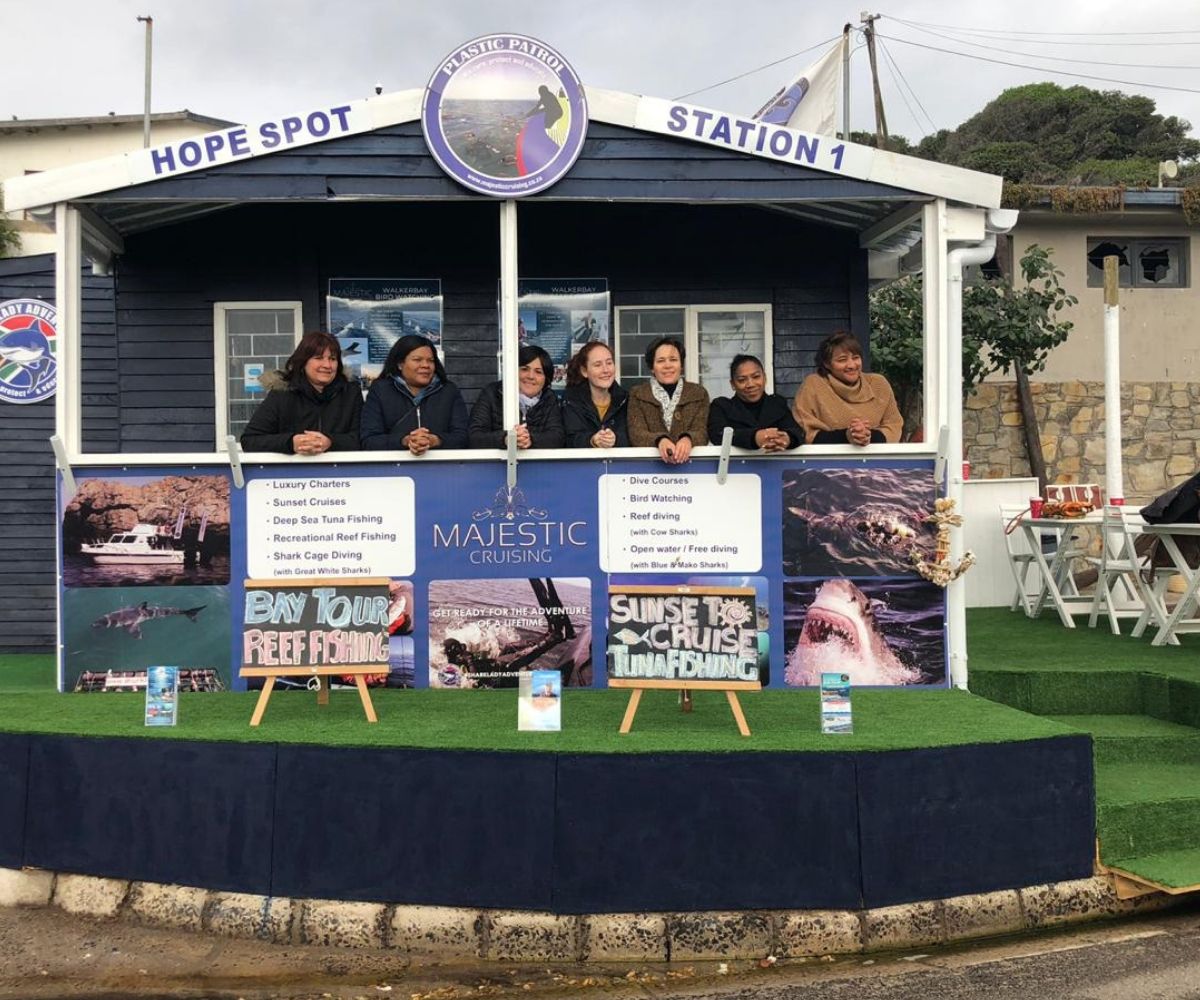 Kim Maclean, the world famous ‘Sharklady’, has been passionate about sharks and other marine creatures since a very early age. After matriculating at Cape Town High School in 1978, Kim applied to the Department of Sea Fisheries and was accepted as a technical assistant in various sections including demersal, pelagic and southern oceans.

Kim was the first woman allowed to join the research teams at sea for the Department of Fisheries, who had until then had not allowed women at sea. Kim did so well that she was regularly sent on research missions for the department, including several to the Antarctic, a highlight was when she was chosen to go to Marion Island on the maiden voyage of the Sea Fisheries’ new boat, The Africana.

After six years of service with Sea Fisheries, where she qualified as a technical assistant in oceanography, Kim had the opportunity of working with Dr Leonard Compagno at the South African Museum, assisting with research on great white sharks where she remained for two years until moving on to work with the White Shark Research Project tagging great whites. 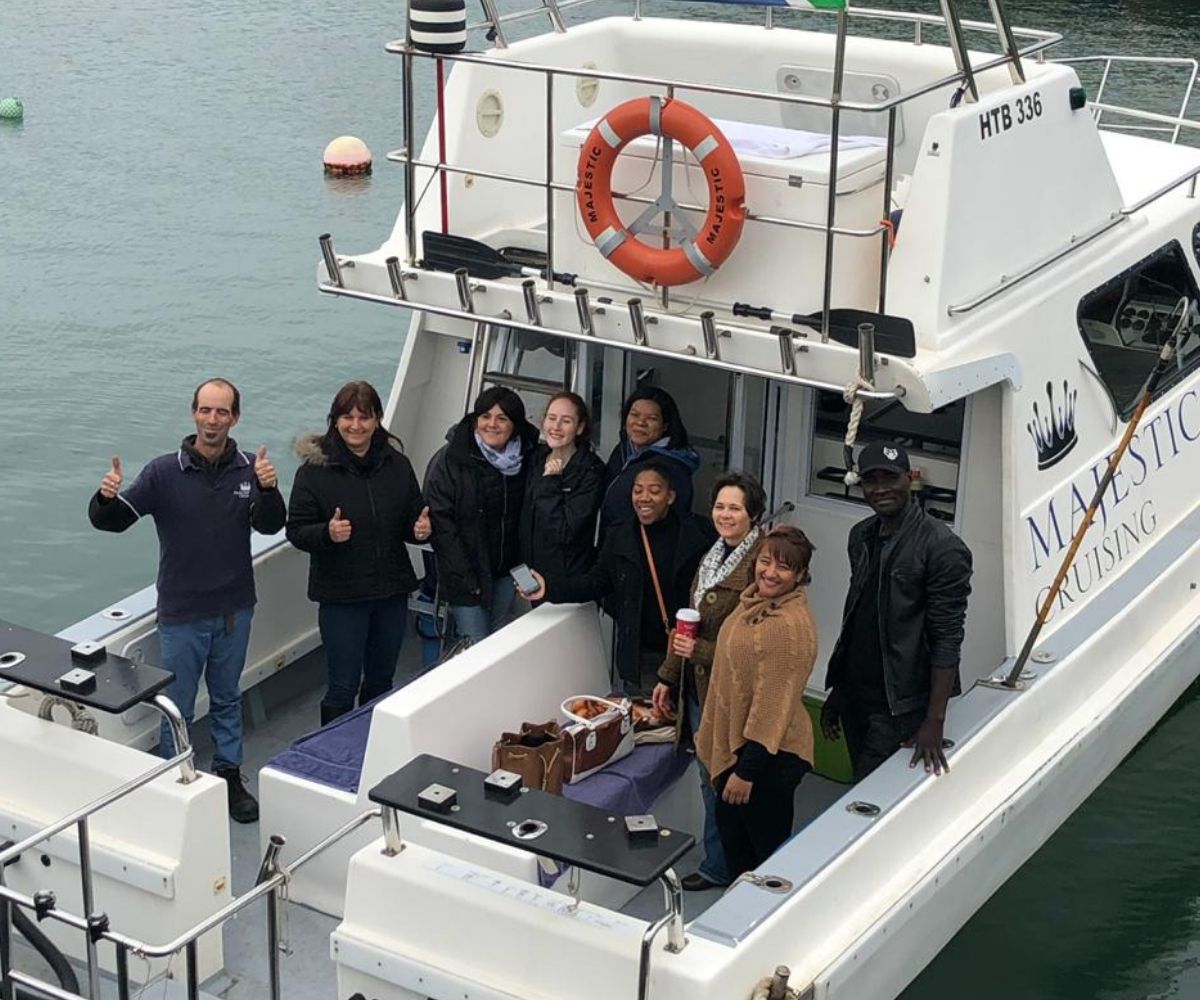 Request a call back

Fill in the form below and we will contact you as soon as possible to help you with your booking.